In November, Michael McCaul, a researcher from the Centre for Evidence-based Health Care attended the 3rd African Federation Conference on Emergency Medicine (AFCEM) in Cairo, Egypt.  Michael also attended the Trauma & Injury Research in Africa Workshop for early career researchers in Emergency Medicine which took place alongside the AFCEM conference.  Both workshop and conference took place from the 9th to 11th November 2016.

Michael presented three oral presentations, two of which is linked to his PhD in Public Health and one on behalf of an Emergency Medicine Student, of which Michael is the primary supervisor. Topics presented included alternative methods for guideline development in low-to-middle income countries, scoping and mapping emergency care clinical practice guidance worldwide and the controversial topic of the effectiveness and safety of ketamine for intubation in the pre-hospital setting.  The talks were well received and triggered a healthy debate within the audience.

Michael made the most of his journey and explored the Great Pyramids of Giza by camel. The next African Conference on Emergency Medicine will be held in Rwanda in 2018. 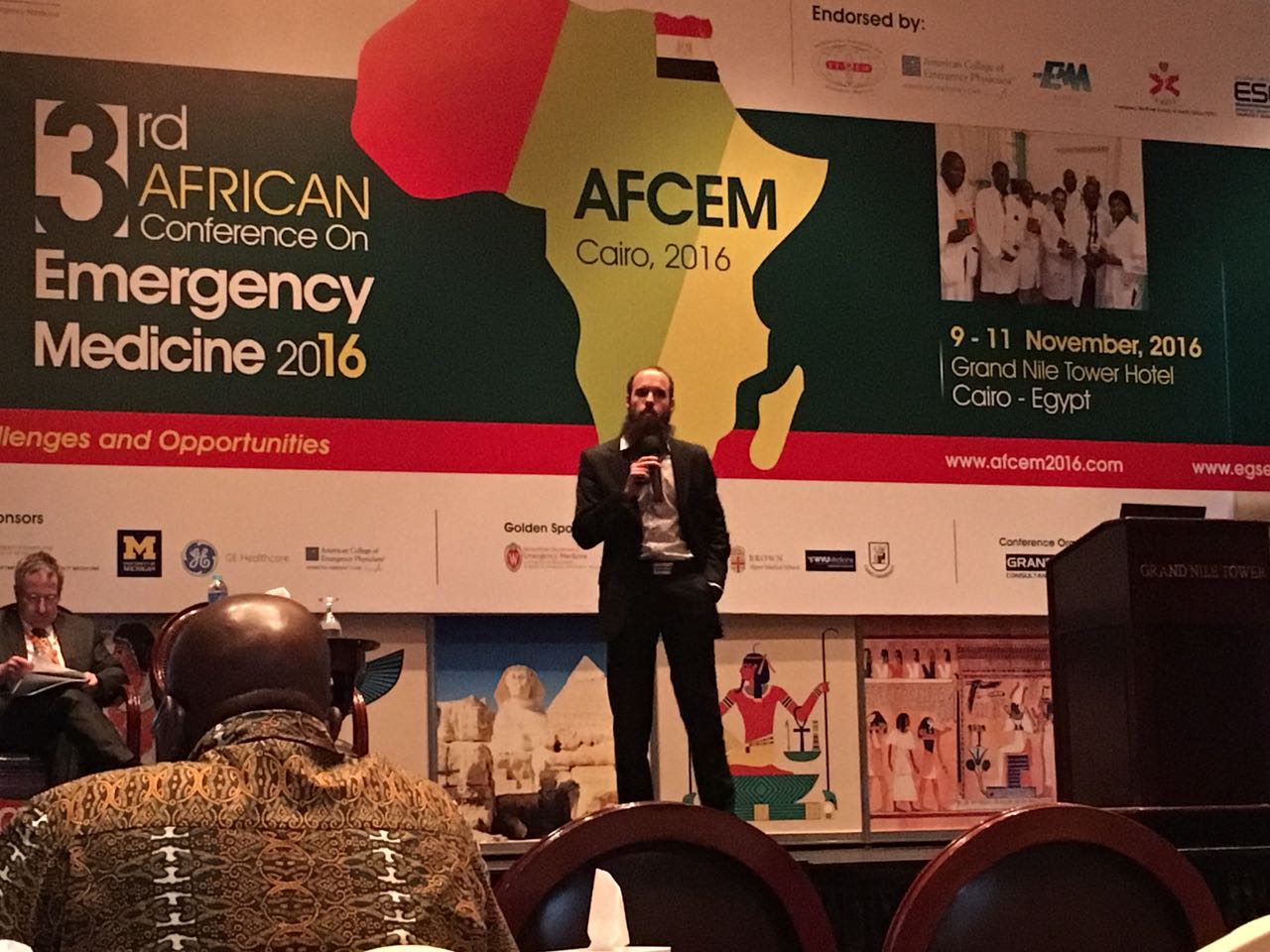 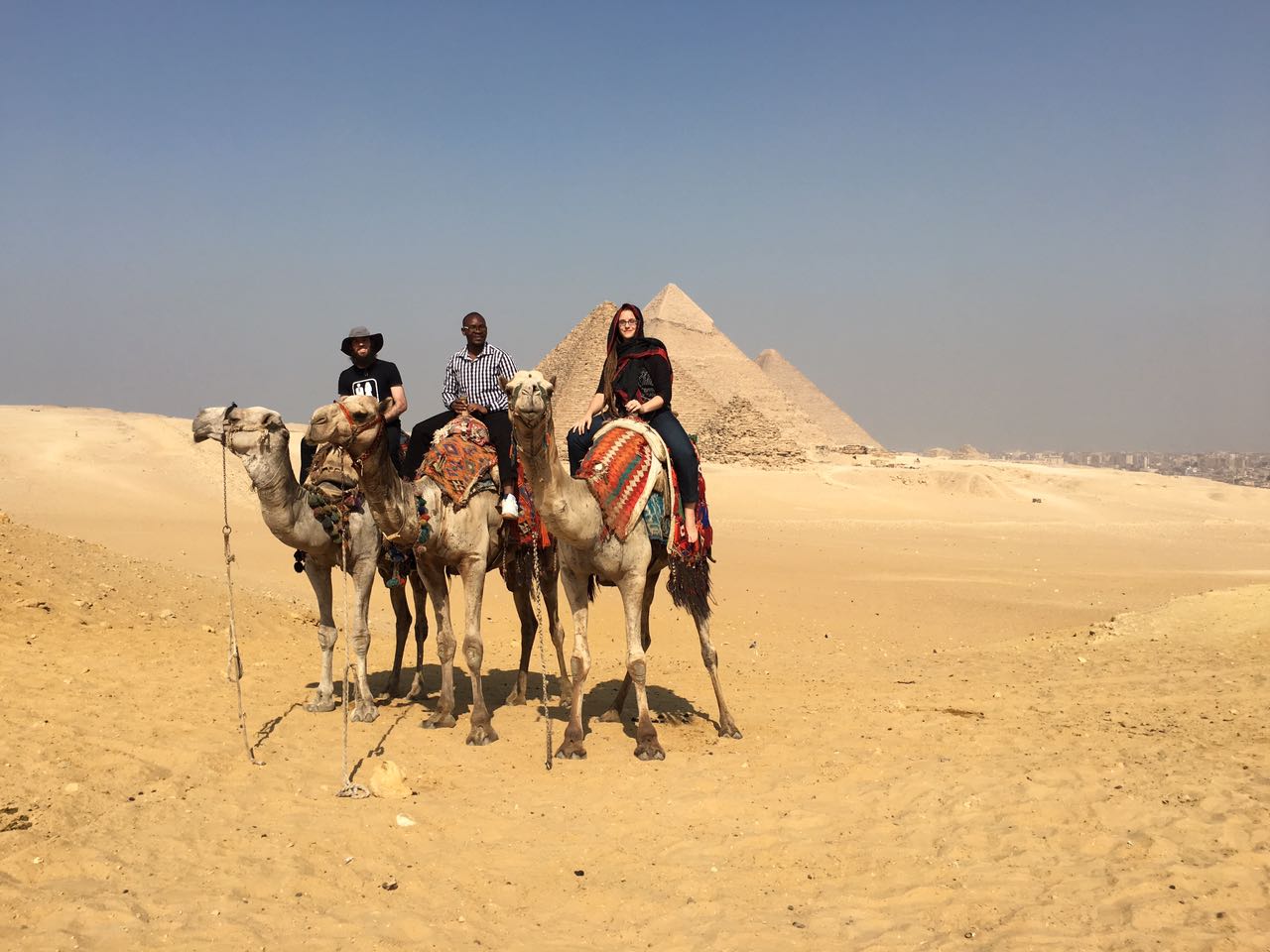 Michael (on left) with conference colleagues